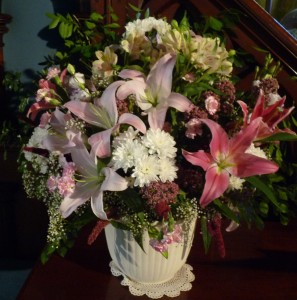 The Roman Catholic Church does not like the Protestant view of justification. It has pronounced anathema upon anyone who believes or teaches this doctrine. Roman Catholic theologians argue that Luther’s doctrine of justification is a legal fiction.  They ask: How is it possible for God to pronounce righteous a person who is clearly unrighteous?  So in their view God must make a person right before He can pronounce them to be right.  It is for this reason that Rome believes justification to be a process that may be lost.  Protestants have no difficulty in answering this question. They argue that the reason God can pronounce an unrighteous person to be righteous is because He gives righteousness to every genuine believer in Christ. When God looks at a believer He chooses not to see the sin in that believer, but rather looks at the righteousness of His own Son, imputed to the believer.

Rome’s big mistake is to confuse justification and sanctification.  Justification is a one time event that takes place the moment a person believes in Jesus Christ. It cannot be improved on and it cannot be lost. Sanctification is most certainly a process that takes place in every justified person.  You cannot separate justification and sanctification – they are two sides of the same coin.  When God grants faith to a person so that they come to faith in Jesus Christ, He also gives them the gift of sanctification.  Every true believer has the Holy Spirit living in them.  The Holy Spirit enables the true believer to grow in holiness and Christ-likeness.

John Wesley was one the greatest church leaders in the history of the church and was used mightily by God in His reviving work in England in the 18th century. How do we explain the great legacy that this man left the church?  Had it not been for his friends insisting on him attending a religious meeting in Aldersgate Lane in London, where he heard the preface of Martin Luther’s commentary on Romans read, John Wesley would be unknown to the world today. John Wesley had returned from the Colonies of America a broken man. He had gone to America with the view of converting the Red Indians. His missionary efforts proved to be a terrible failure.  He arrived back in England a broken man realising that he was not even a Christian, because he trusted in his own works to save him. Upon his return to England he wrote this in his journal.

All the time I was at Savannah I was thus beating the air.  Being ignorant of the righteousness of Christ, which, by a living faith in Him, bringeth salvation to everyone that believeth, I sought to establish my own righteousness; and so laboured in the fire all my days….. In this vile, abject state of bondage to sin, I was indeed fighting continually, but not conquering.  Wesley’s Journals p.32

John Wesley’s mistake was a mistake that many people make, he presumed that he could earn his salvation by good works.  There was a time in Paul’s life when he was seeking to attain salvation by his own good works. God brought him to a point where he realised that salvation is from beginning to end a gracious work of God.  Paul, in his letter to the Church in Ephesus wrote:

NIV Eph. 2:8-9 For it is by grace you have been saved, through faith—and this is not from yourselves, it is the gift of God— 9 not by works, so that no one can boast.

Some years ago a submarine was being tested and had to remain submerged for many hours. When it returned to the harbour, the captain was asked, “How did the terrible storm last night affect you?”
The officer looked at him in surprise and exclaimed, “Storm? We didn’t even know there was one!”
The sub had been so far beneath the surface that it had reached the area known to sailors as ‘The cushion of the sea.”
Although the ocean may be whipped into huge waves by high winds, the waters below are never stirred. The Christian’s mind will be protected against the distracting waves of worry if it is resting completely in the good providence of God. There, sheltered by His grace and encouraged by His Holy Spirit, the believer can find the perfect tranquillity that only Christ can provide.

Why celebrate the Lord’s Supper?

In the upper room on the night before His death Jesus broke bread and gave it to His disciples and said, ” This is My body, which is given for you; do this in remembrance of Me;” (Lk. 22:19) He then took the cup and gave them to drink and said “This cup which is poured out for you is the new covenant in My blood’ (Luke 22:14-22).

Welcome to Kriesi.at Theme Demos Sites. This is your first post. Edit or delete it, then start blogging!