Our History and Heritage

Every story has a beginning. This is ours…

How it all began

Early immigrants, members of the United Presbyterian Church of Scotland met together for worship and on 20 August 1863 were formally constituted as the Creek Street Presbyterian Church under the guidance of the Rev’d Matthew McGavin. Read more here.

The congregation had previously worshipped in a wooden Church in Creek Street and then built a handsome stone church in 1876. Their church building stood originally near the corner of Creek and Adelaide Streets in the city.

With the unexpected boom times in Queensland, the Creek Street congregation was persuaded to sell its land in 1885 to the Queensland National Bank for the sum of ₤18,750. As a result, the proceeds were applied to acquire the Spring Hill property (which had been the site of the first Children’s Hospital) and to build the present hall and church, which was completed in 1889.

In the intervening years between then and now, the following Ministers cared for the congregation.

(In the congregation’s sesquicentenary year in 2013, cameos were compiled about each Minister who had served the congregation over time from 2013 back to the beginning. Click here for the Cameos.)

Since its foundation, the Congregation has celebrated significant anniversaries and given thanks to God. In the year 2013, events were held each month as part of the celebrations to mark the significance of the sesquicentenary milestone – 150 years of congregational life. 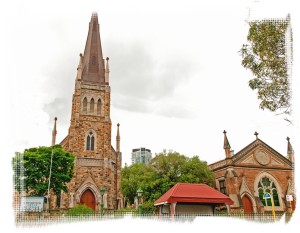 The church building itself is of special significance to the architectural heritage of Brisbane as it is one of the buildings of the respected Colonial Architect, FDG Stanley. Stanley was also responsible for many landmark buildings in Brisbane including the General Post Office, the Queensland Club, the National Bank building in Queen Street (formerly the Queensland National Bank), and the Port Offices.

The foundation stone at Spring Hill was laid on 8 October 1887 and the building was dedicated to worship nineteen months later (5 May 1889). The brick Sabbath School building (as it was then known) had been built by 1886, and was used for worship during the construction of the church.

St Paul’s Restoration Trust works tirelessly on projects that preserve and and restore this beautiful piece of Queensland’s heritage architecture.

Two Honour Boards displayed in the church list the names of members of the congregation who served in World War I and World War II. Biographies have been prepared by one of our members about the people whose names appear on the World War I board. Their stories are worth telling and provide insightful reading and they can be found in a booklet near the Honour Board in the church or by clicking here.

August 2016 marked the centenary of the unveiling of St Paul’s Honour Board in 1916 by the Governor General. Click here for more information, including newspaper reports at the time of the event. 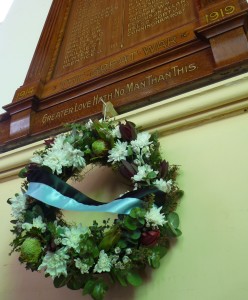 We are also the custodians of another Honour Board (shown left) which had previously been installed in the Presbyterian Church in Fortitude Valley. This Board was beautifully restored by one of our members and unveiled at our special Gallipoli 100 Service in April 2015. A wreath was laid by the daughter of the former minister of that church.

Each year, special Services are held at St Paul’s to commemorate Anzac Day and Remembrance Day and wreaths are laid at the Honour Boards.

The Service in 2015 was particularly significant with its focus on Gallipoli 100. With the stately procession of national flags carried by members of Girl Guides and Scouting, choral items sung by Choral Connection, readings of poems and biographies of service personnel, the singing of traditional Anzac Day hymns and a special message given by a Chaplain with The Armed Forces, it was a heartfelt tribute to all who have served and all who have suffered. 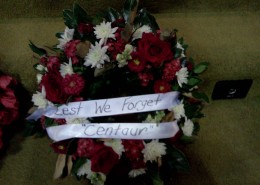 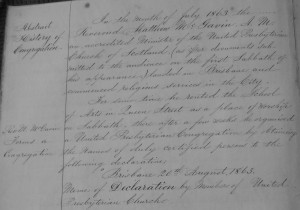 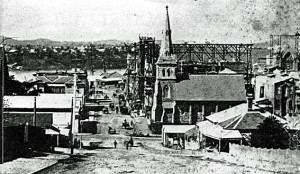 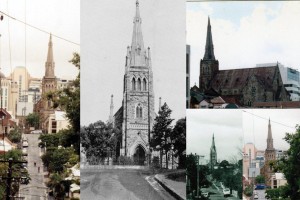