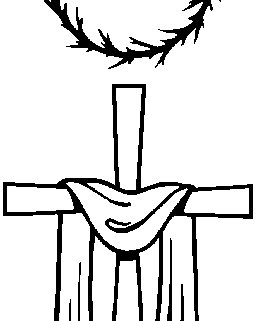 The land of Persia was once ruled by a wise and beloved Shah who cared greatly for his people and desired only what was best for them. One day he disguised himself as a poor man and went to visit the public baths. The water for the baths was heated by a furnace in the cellar, so the Shah made his way to the dark place to sit with the man who tended the fire. The two men shared the coarse food, and the Shah befriended him in his loneliness. Day after day the ruler went t0 visit the man. The worker became attached to this stranger because he “came where he was”.

One day the Shah revealed his true identity, and he expected the man to ask him for a gift. lnstead, he looked long into his leader’s face and with love and wonder in his voice said, “You left your palace and your glory to sit with me in this dark place, to eat my coarse food, and to care about what happens to me. On others you may bestow rich gifts, but to me you have given yourself!”

As we think of what our Lord has done for us, we can echo that fire tender’s sentiments. Oh, what a step our Lord took – from heaven to earth, from the worship of angels to the mocking of cruel men, from glory to humiliation!

Have this attitude in yourselves which was also in Christ Jesus, who, although He existed in the form of God, did not regard equality with God something to be grasped, but emptied Himself, taking on the form of a bond-servant, and being made in the likeness of men. (Phil. 2:5-7)

The Precious Gift of the Lord’s Prayer
Scroll to top