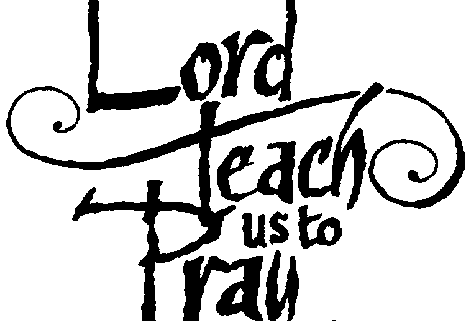 The Precious Gift of the Lord’s Prayer

The Church through the ages has used Matthew 6 as a form of prayer. Another form is found in Luke 11, in answer to the disciples’ request, “Lord, teach us to pray”.  Referring to Luke 11, he said, “Someone has said, `Don’t turn to books about prayer – just pray!”

There is a tendency in parts of the modern church to avoid its use as a form, possibly to avoid `vain repetition’ (Matt 6:7) which it may become.  I like the balance in the Directory of Public Worship which accompanied the Westminster Confessions: “And because the Prayer which Christ taught His disciples is not only a Pattern of Prayer, but a most comprehensive prayer, we recommend it also to be used in the prayers of the Church.”

A very early Christian writing titled The Dicache, or Teaching of the Twelve Apostles, perhaps dated early in the second century, says,  “And do not pray like the hypocrites, but rather as the Lord commanded in the gospel: Our Father in heaven, holy be your name. Your kingdom come. Your will be done, on earth as it is in heaven. Give us enough bread day-by-day. And forgive us our debts, as we also have forgiven our debtors. And do not bring us to the time of trial, but rescue us from the evil one.”

Catholic devotion made regular use of the Pater Noster. The Emperor Charlemayne (8th century) laid down that Christians should know the Lord’s Prayer and the Creed.  With the Ten Commandments, these provide a structure for our faith.

In regard to these, the Reformers did not depart from catholic practice.  Regularly the Ten Commandments, the Lord’s Prayer and the Creed formed the basis of Christian instruction in theologies and catechisms.  The Lord’s Prayer was expounded as a pattern for Christian prayer.  At the same time, the Reformation churches did not depart from the form in the worship of the Church.

The famous Shorter Catechism seems to restrict its use as a guide to prayer, but the Larger Catechism at least allows its use in public worship, at the same time stressing that it is to be “used with understanding” – “The Lord’s Prayer is not only for direction, as a pattern, according to which we are to make other prayers, but may also be used as a prayer to be used with understanding, faith, reverence, and other graces necessary to the right performance of the duty of prayer” (Q and A, 187).

Scots-born Andrew Murray, 1828-1917, South African Dutch Reformed leader, wrote, “In condescension to our weakness, our Heavenly Father has given us the very words we are to take with us as we draw near to our Father.”  He refers to the freshness, the fullness, the comprehensiveness of the Lord’s Prayer.  The prayer is saved from vain repetition if we give thought to its meaning.  I personally use it in private prayer, which allows one to pause and meditate on the impact of each phrase.  Outstanding Congregational preacher, G. Campbell Morgan, said, “He knows whether when our lips recite the prayer he taught his disciples, we are indulging in the talk of parrots, or praying”.

I  watch Foxtel TV Channel 182 telecasts from The People’s Church, Toronto, Canada (Living Truth program).  Recently the pastor, Charles Price, directed us to what he called the best known prayer in the world.  Charles concentrated on the Lord’s Prayer in Matthew 6:6-13 as a guide to prayer, “This is how you should pray.  Charles first concentrated on “aspects of our relationship with God revealed in the Lord’s Prayer.”